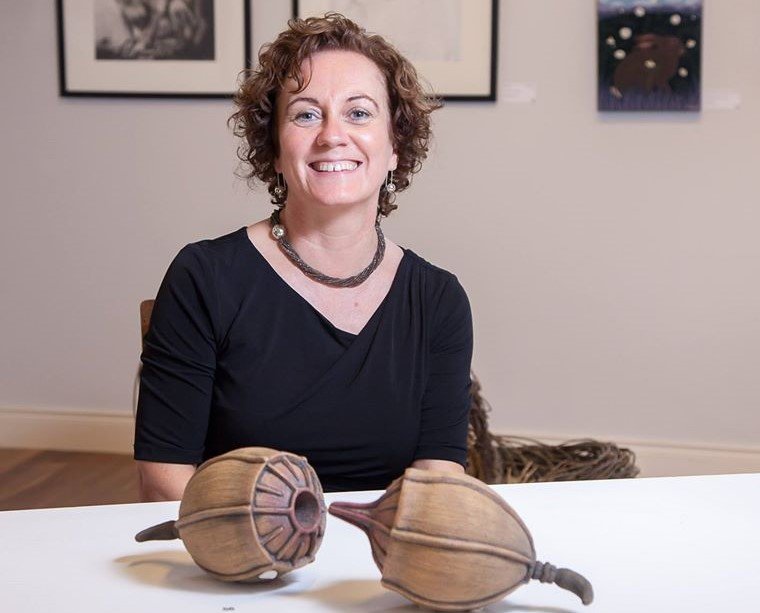 Mary graduated with a first-class honours degree from the University of Ulster where she specialised in ceramics and sculpture. She has been a member of Bridge Street Studios since November 2009.

Mary primarily uses a smooth textured crank clay for constructing her sculptures and wall pieces. She hand-builds using a combination of pinching, coiling, slabbing and mould casting. Because Mary is interested in showing off the texture of the clay she mostly decorates with oxides, underglazes and dry glazes which create a matt or satin surface. She often adds texture to her pieces by pressing organic objects such as dried poppy heads, eucalyptus pods, shells and even animal teeth. She has an ever-growing collection of textures which she adds to, on walks in the forest or on the beach.

Mary is inspired by both the natural world and the industrial. She is drawn as much to the shape of a cog on a piece of machinery as to the form of a poppy head after flowering. The texture of a screwhead pressed into a piece of clay is as interesting to her as that made by a dried lotus pod. Her work is often a juxtaposition of these two influences.

Mary exhibits often in Ireland and the UK and work is regularly selected for the annual Royal Ulster Academy exhibition in the Ulster Museum. Her work is held in private collections in Ireland, the UK and USA. She has also made work on commission.