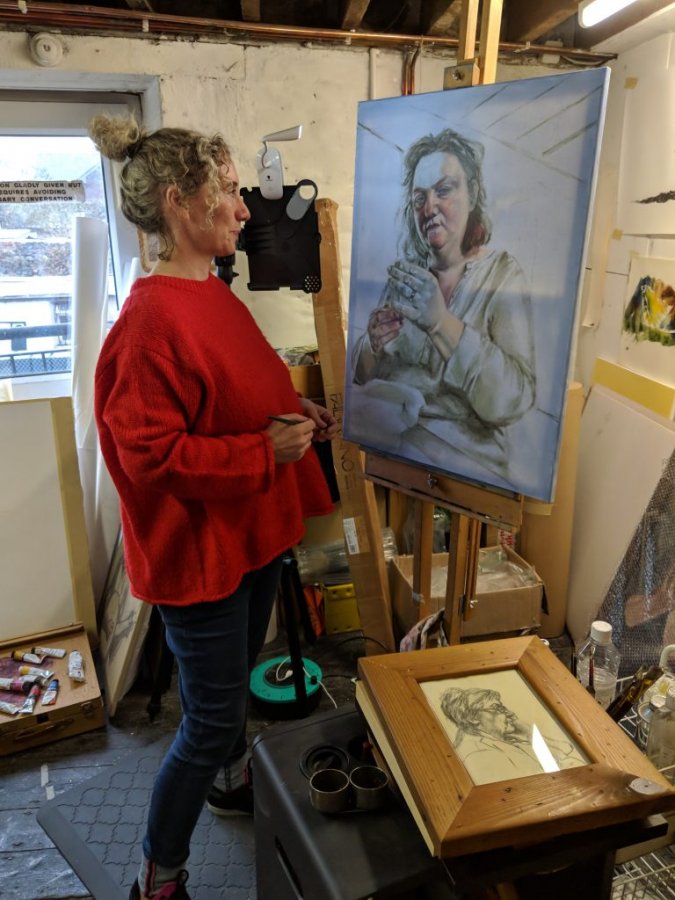 Orlaith has exhibited at the Royal Ulster Academy annual show in Belfast, in group shows internationally and held solo shows at the Triain Arts Centre, Armagh City and the Markethouse Theatre and Gallery, Armagh City.

Her work is held in private, public and corporate collections in Ireland, UK and USA and she has completed numerous private commissions.

“Drawing – mainly using pen or charcoal – is the basis and beginning of all my work.

As a way of finding, recording and working out ideas, of getting to know a subject in an almost tactile sense, as a method of study and observation, as a means of reflection, contemplation, experimentation and expression – drawing is essential to my practice.

Throughout, my focus has remained on the body – in presence and absence – and on the possibilities of transformation and transcendence in and of the everyday moments.”